In 1940, a group of salesmen that traveled the Carolinas met in Charlotte at the Hotel Charlotte and out of this meeting emerged the Men’s Apparel Club of the Carolinas, which is referred to by many of the old timers as “the Mac’s.”

Due to a gasoline shortage, prior to the War, the best solution was to have a focal point to hold shows so that both salesmen and retailers could get together to do business. Merchants could carpool in order to come to the shows. This was the beginning of the buying Markets sponsored by the Men’s Apparel Club of the Carolinas.

The Men’s Apparel Club was started by Mr. Brick Waddell and Mr. Wilson Wood . The first shows were held in Charlotte, High Point and Columbia. Very shortly the membership doubled and from then on a problem with showing space arose. At times the only solution was to room two salesmen in a room together. The Selwyn Hotel became their permanent home after the war. From there to the Radio Center on South Boulevard in 1954, to the Charlotte Merchandise Mart in 1961, and now at the Embassy Suites Hotel in South Charlotte.

Larry Holland is a firm believer in longevity, as he has served as an administrator for over 50 years, including the Men’s Apparel Club of the Carolinas, Inc. for the last 40 years. He formerly served the Alamance Country Club as office manager and also served as office manager of the Lilien-Hines Cadillac and Oldsmobile before coming to Charlotte in 1972.

Larry has been employed by the MAC’s since he moved to Charlotte some 40 years ago. This is a job he really loves and he stated, “Not many people have a job that they really enjoy, but I have been fortunate enough to stay all of these years, and still like coming to work.” He has been drag racing for over fifty-four years and presently still loves getting into his dragster, when he “feels a need for speed.”

Larry was inducted into the East Coast Drag Racing Hall of Fame in 2007.  He stated, “This award and honor was very timely, because my plans were to retire from driving in 2008, when I reached my fiftieth year.  It was a milestone in my life and I thought it was time to hang up my driving shoes: but, I am having too much fun to quit now. If my health holds out and my wallet allows, my goal is to race until my 80th birthday, which will be in 2015. I’ll continue to work for the MAC’s, as our 75th anniversary will also be in 2015. I want to be around for this Grand Party, that we have already given some thoughts to.” 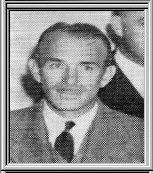 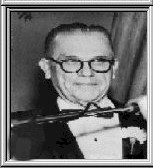 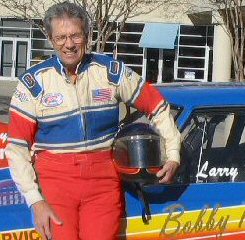